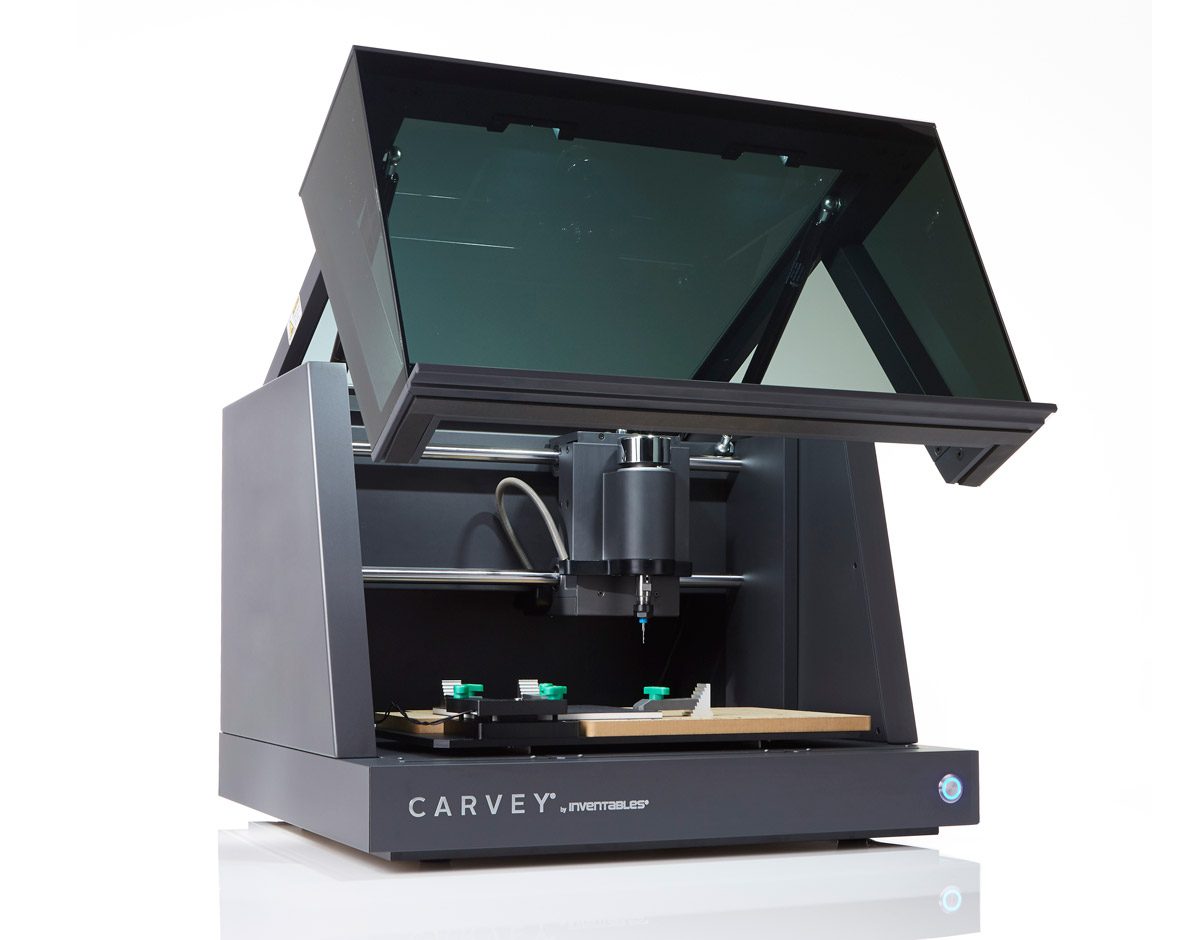 The Carvey desktop carving machine is now available for reservations in our 3D Lab.  It can cut and engrave many types of plastics, any natural wood, and even softer metals such as aluminum.  It’s all enclosed, quieter than most CNC machines, and has a smart sensor for automatic homing.  It uses the free web-based software called Easel which also has a built-in material library with settings for most materials.  With Easel, you can do basic 2.5D designs which are basically cutting various depths in the X and Y directions.  However, if you’re familiar with and have access to Fusion 360, V-Carve, or MeshCAM you can also do 3D designs.  In Easel, you also have the option to import pictures for tracing and vector graphics (.svg) from Adobe Illustrator and Inkscape.

Creating your designs and setting up the Carvey is pretty straightforward.  Easel also won’t start a job until you’ve confirmed basic setup steps.  I’d say the hardest part of using the Carvey is actually figuring out what bits to use.  As with the rest of our equipment, we have a great manual to walk you through your first project and a description of the bits we have and what they work best for.  If we don’t have the bit you need for your project you can buy them directly from the Inventables website in addition to properly sized materials to fit in the Carvey.  There’s also plenty of information regarding bits on the Inventables website.  A good place to start is their Bits 101 tutorial HERE.

Just like the rest of the 3D lab equipment, you can reserve the Carvey for up to four hours at a time, a maximum of eight hours a week HERE. Once you’ve checked in at the Tech Desk, we’ll give you the kit that contains the tools, clamps, and a selection of bits for general wood and plastic carving.  We’ve also have a small Shop-Vac in the 3D Lab so you can clean up the waste material after you’re finished.  While there aren’t currently any classes specifically for the Carvey, we will be adding at least an introduction to the machine to our 3D Lab Crash Course.  You can check the schedule for our classes on our Calendar page HERE. Some specs for Carvey: