Tech for Everyone T-shirt

Earlier this year, I was contacted by Do Space about doing a t -shirt design to help promote their mission of providing access to technology for everyone. So the first thing I did was go down there to check it out first hand! It was awesome to see the former Borders bookstore location transformed back into a useful space for the local community to use. Volunteer Coordinator Cherie Gossett gave me a tour, starting with the computer labs. I was really impressed by the giant bank of modern computers. We also checked out the 3D printers and laser cutter, and she showed me some cool examples of things that had been made there. Like a prosthetic hand! And this awesome guy, the 3D printed Storm Trooper astronaut:

I left there feeling really excited about the space and now have some ideas of my own for things I’d like to make! I made sure to pick up a free membership card while I was there. During the initial shirt design process, we tried some fun things, including making original stylized illustrations of the tech devices that are available for use there, like this 3D printer vector graphic:

It was fun, but a little busy, so we simplified things a bit. They ended up choosing a slightly more traditional design, but with a bit of a modern twist. Using the classic collegiate style t-shirt as a general framework, this design clearly conveys that Do Space is a place of learning, while also emphasizing the inclusiveness and technology aspects.

Printed on super soft American Apparel heather gray tri-blend tees, you will want to wear this shirt all the time. Show your “team spirit” by picking one up today! Shirts are available for sale at the Do Space Information Desk. 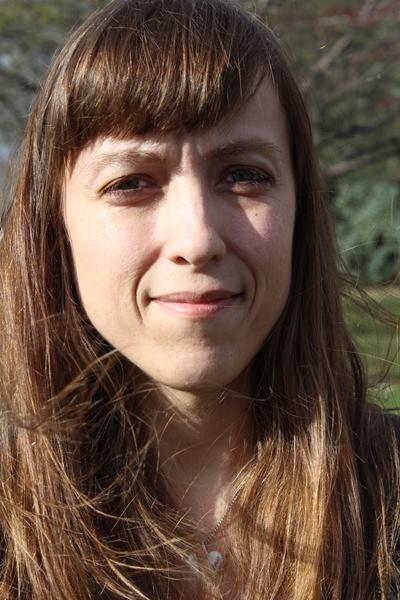 LeAnn Jensen is the art director at Ink Tank Merch, a screen printing and tour merch company located in Omaha. She is a master of the vector arts, mom to one, friend to many, a hopeless music junkie, and computer geek for life.

« Shop on Amazon and Donate to Do Space