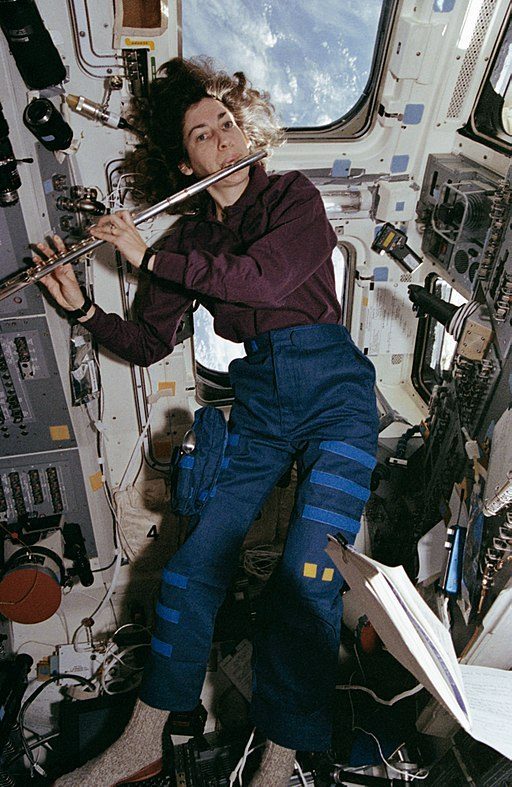 Many children daydream about becoming an astronaut, though not many see that fantasy realized.  Ellen Ochoa made her dreams come true by becoming the first female Hispanic astronaut. She is one of only 60 women that have ever been to space! Through hard work and dedication, she has had an insanely successful career.

Ellen Ochoa was born May 10th, 1958, in Los Angeles, California.  She was one of five children and neither of her parents held college degrees.  Education was a huge focus in their household and Ochoa earned her bachelor’s degree in physics at San Diego State University.  Then, she went on to earn her master of science and doctoral degree at Stanford University in electrical engineering. At first, she avoided going into engineering because she was told it “was not a women’s field.”  After being accepted to Stanford for engineering, she proved that definitely wasn’t the case.

While studying at Stanford, Ochoa took a keen interest in the optics field.  She holds three shared patents for co-inventing the optical inspection system, an optical object recognition method, and a method for noise removal in images.  Her early work was performed at NASA Ames Research Center. A few years later Ochoa was accepted into the NASA training program.

Ochoa went on four different space missions where she logged 950 hours in space.  She was a mission specialist and a flight engineer. After Ochoa’s last mission in 2002, she decided to stay with NASA, though she wouldn’t be going into space anymore.  She became the deputy director of the Johnson Space center in 2008 and five years later became the director of the whole space center. She is the first Hispanic woman and second woman to ever hold that esteemed position at NASA.

Ellen Ochoa is an inspiration to women around the world.  She followed a career path she cared about instead of doing what was expected of her. With three patents and a robust resume, Ochoa will continue to make history for women. To learn more about Ellen Ochoa, CLICK HERE.

« Learn By Doing: Shamrocks from the Taz 5 3D Printer

Your First Five Moves at Do Space »