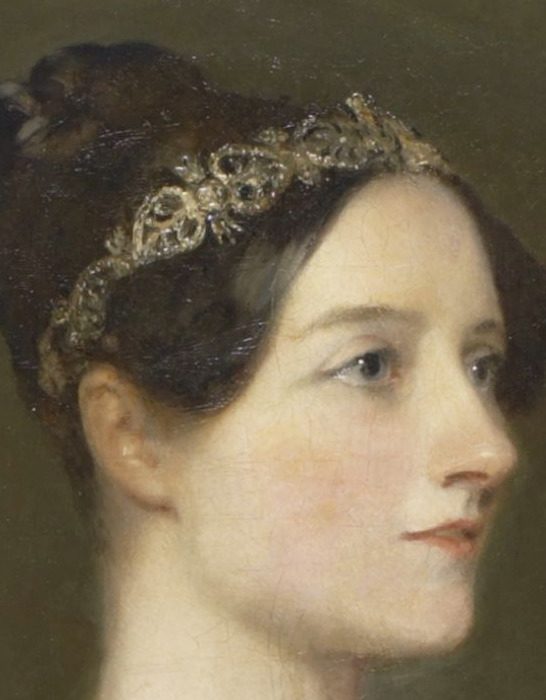 Ada Lovelace, considered the first programmer, lived in mid-19th century England where she studied mathematics and science.  Her claim to fame is a translation she did for a Swiss Journal about the analytical engine.  While translating, she decided to take her own notes on the topic and unknowingly wound up writing the very first computer code.

Ada Lovelace, born Augusta Ada Byron, was the daughter of poet Lord Byron and Anne Milbanke.  Her mother, not wanting her to end up with a melancholy attitude like her father, decided she should study math and science.  She showed an interest and potential in both language and mathematics.  At age 17 Ada met Charles Babbage.  Babbage is widely recognized as the father of computers and took Ada under his wing.  Through his mentorship, she began studying Advanced Mathematics at the University of London.

She was fascinated by Babbage’s ideas and got to check out his difference engine that he had been building.  A difference engine is an automated mechanical calculator.  He also had plans to create the more technical analytical engine.  This is where Ada got her chance to shine, because her translation of Babbage’s article about the analytical engine ended up being almost three times longer than his original.  In her notes, she described how a code could be used to represent both numerals and letters.  She also stated that the engine could repeat a series of instructions, today programmers refer to that as a loop.  Ada’s translation was not recognized for what it was until the 1950’s when it was republished.

Today we acknowledge that Ada Lovelace was a pioneer in the programming field.  She was a dedicated scholar and has been honored with many awards for her work. She even has her very own programming language named after her, “Ada.”