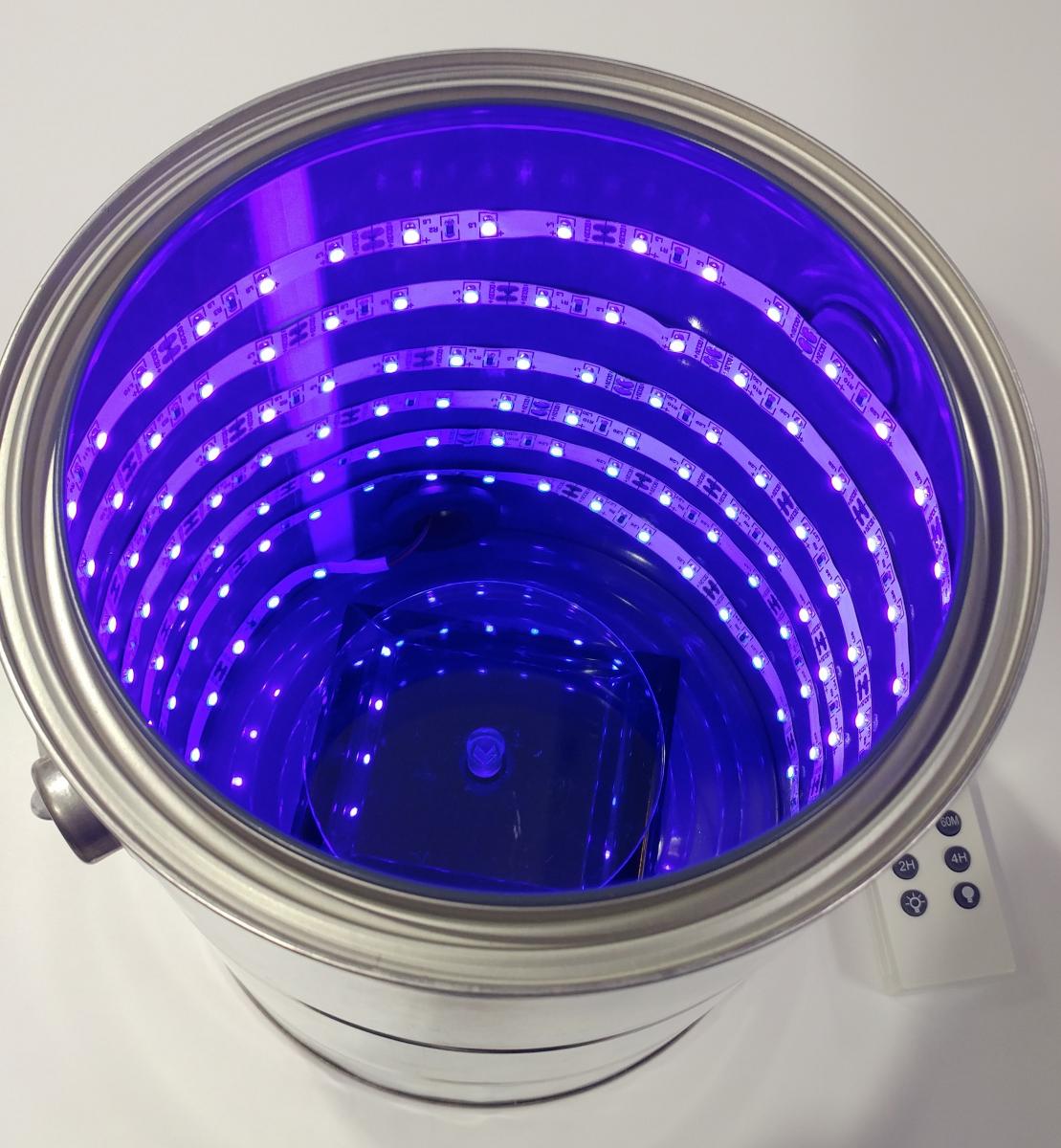 Part of the post-processing of resin printing involves curing the parts under UV light.  There are a few expensive commercial options but being a maker I wanted to try and come up with something myself instead of the UV lamp we were using.  So, I went online to see if anyone had come up with their own UV curing chamber.  Formlabs, one of the resin printer companies had a tutorial video of their own involving a cardboard box, nail curing lamp, and solar-powered turntable.

I borrowed their idea for the solar-powered turntable which powers up just fine from UV lights without needing batteries.  I didn’t want the look of a cardboard box so after some browsing at the hardware store I settled on an empty paint can which was just big enough for the turntable and the biggest part our printer was capable of printing.  I also found a tape-backed UV light strip which I figured I could wrap around the inside instead propping up our lamp on top.

I drilled a hole in the side of the can, added a rubber grommet to protect the wires, then wrapped the lights around the inside of the can.  I soldered on an extra power cord adapter I had that plugged nicely into the 12v wall wart power supply.  It was ready to go at that point but I didn’t want someone to plug in the lights then forget about them as they can get quite warm.  I found a remote controlled electrical timer so that all we had to do was hit a button to set the lights going for 30 or 60 minutes. Now we can just set the resin prints inside, pick a length of time on the remote and remove them when finished.

« 6 Ways To Launch Your Startup Company At Do Space.

5 Reasons To Sign Up For A Do Space Membership »