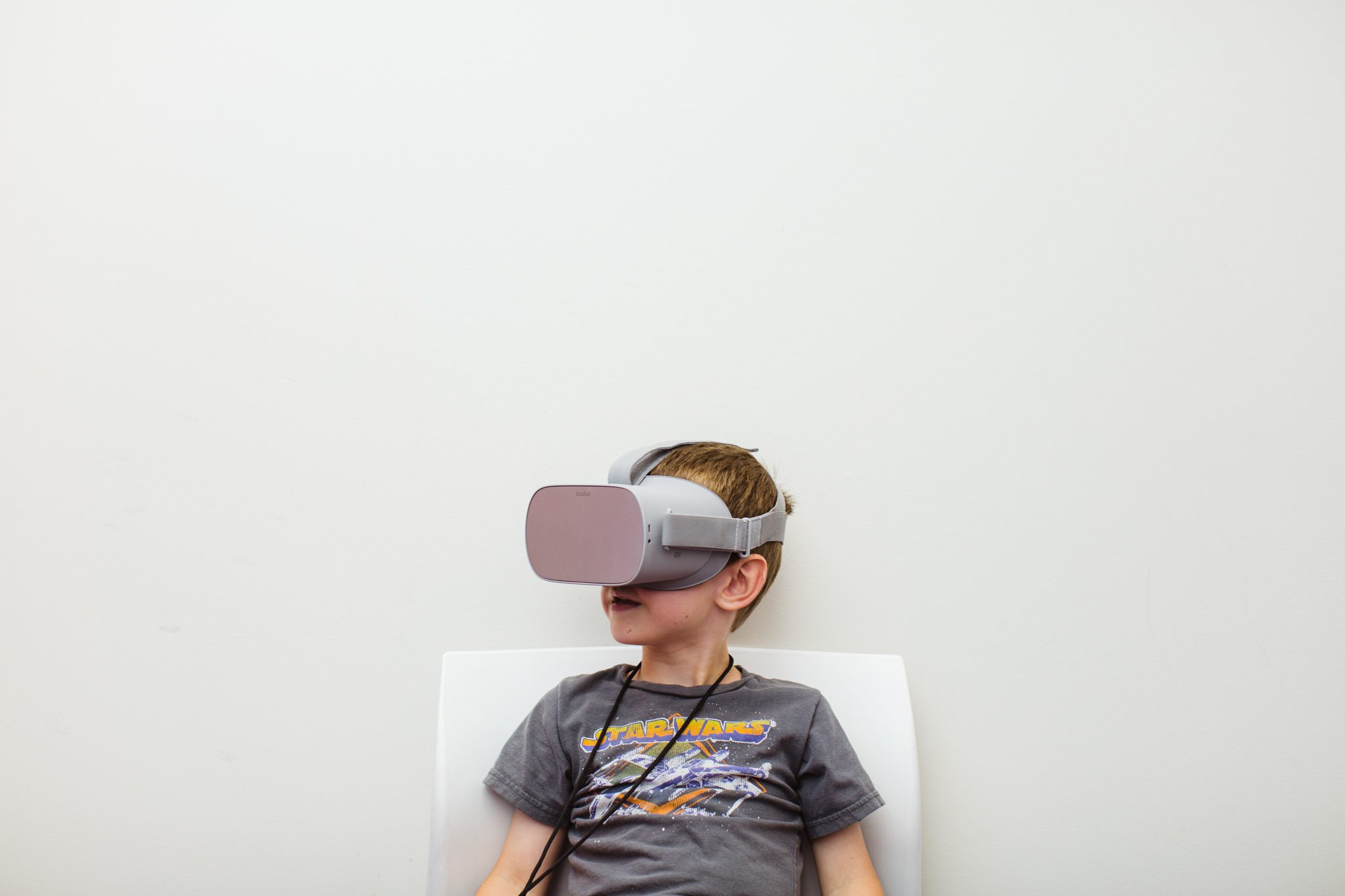 We now have an Oculus Go VR headset available for checkout. The Go is an affordable, standalone VR headset with a built-in display. In other words, you don’t need to bring your in your own phone for it to work.  Similar to the Google Cardboard and Samsung Gear VR, it is a 3-DoF headset meaning it will allow you to move your head around in the experience but it doesn’t detect walking around.  However, it does have a controller included for the apps where you are allowed to teleport around. Also, the straps on the headset have built-in speakers.

The Oculus Go will be a Tech Kit and thus can be checked out for use within Do Space just like our other kits such as the Dash & Dot, Arduino, Cubelets, and others.  We are always up for suggestions on educational apps that we can install on the Oculus. Some of the ones we’ve added are listed below.