I was recently chosen to attend the Bay Area Maker Faire in San Mateo, California just south of San Francisco by Do Space staff. Maker Faire is the greatest show (and tell) on Earth—a family-friendly festival of invention, creativity, and resourcefulness, and a celebration of the Maker movement. This Maker Faire is one of two flagship Maker Faires that began in 2006 to demonstrate the popularity of making and interest among legions of aspiring makers to participate in hands-on activities and learn new skills at the event.

With around ten areas to explore, I definitely had plenty to see and do. Since it was a beautiful weekend, there were several interesting projects to see outside. Right off the bat, I came upon some metal kinetic sculptures, I really liked the squid! People could move the tentacles around with rotating knobs that surrounded the sculpture. There were all sorts of inventive vehicles being driven around but probably the coolest was this huge steampunk vehicle called Rabid Transit, which shot fire!

In the Maker Expo building, 0ne of my favorite exhibits I saw was Tapigami, where almost everything was made out of masking tape. The maker set up a tape city, a Make sign, and touchables so visitors could get an up-close look on how the items were folded into spectacular works of tape art. This area had tons of maker exhibitors ranging from youth hacker groups, toys and items made from laser cut wood, and even a huge Lego city featuring pop culture faves like Superman and the Ghostbusters.

The Faire also had a Dark Room building where the lights were off and all the exhibits were light based, Make Robots where many of the makers who made robots were, and Learning Lab, which included tech and maker spaces focusing on education. The Learning Lab had many community-making exhibits to build things like paper spectrometers and microscopes or automata toys.

Just walking around, I saw robot dancers, a hand-built R2D2 droid, people driving around cupcake carts just to name a few. I watched some of the power racing series which maker groups refurbished old power wheels and go-carts to complete in a 90-minute race. The pink corvette won it all!

Overall, the Bay Area Maker Faire was an amazing experience! There are several things to take inspiration from as Do Space starts thinking about our own maker event next year. By attending this Faire, I saw the true power of the maker movement and how so many people can come together to solve problems, find solutions, and invoke curiosity about the world around us. I highly recommend attending a maker event as they are always family friendly and a great environment to learn while having fun. Some that are in the local area are Kansas City’s Maker Faire on June 23-24, Make Lincoln’s maker event on September 22, and stay tuned for the Make Omaha event here at Do Space next spring!

Click HERE for a slideshow of images from the trip. 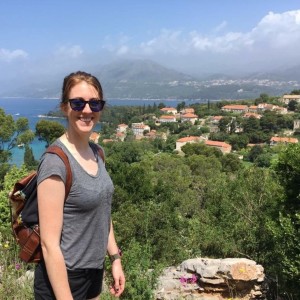 Kim is a Community Learning Specialist for the Do Space team. She leads Littles Lab and Junior Makers programs.