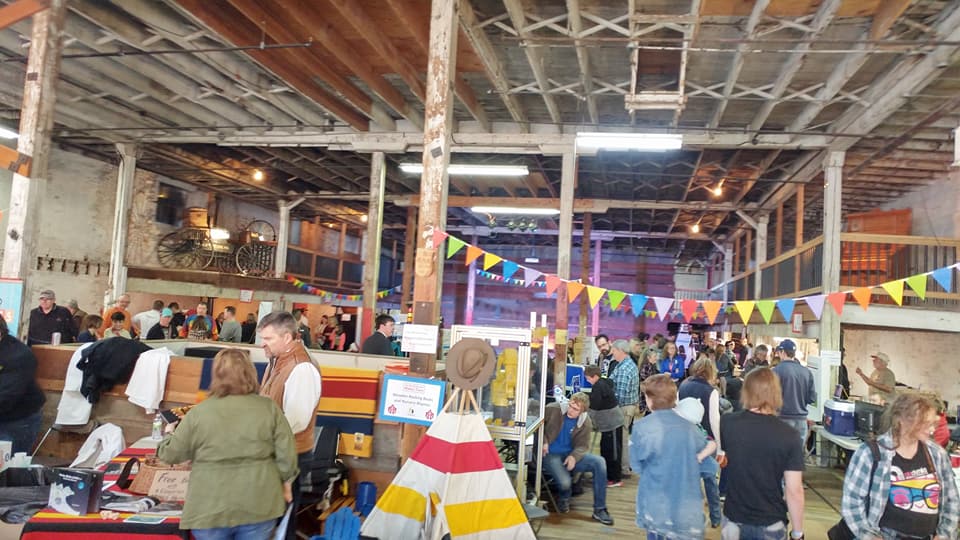 Recently my wife and I visited St. Joseph, Missouri to check out their Big Buddy Mini Maker Faire.

Approaching from the outside, we saw a giant hamster wheel where kids powered the crafting of their own frozen beverage.  There was also the familiar Missouri School of Blacksmithing.  We had the opportunity to see them last year at the Omaha Mini Maker Faire and also in Kansas City. Their outdoor blacksmithing demos are fascinating to watch. Immediately inside kids were hammering nails and sometimes just the wood to assemble their own birdhouses.  From there were tables with 3D printers, pottery demos, loads of robots, glass bead making, Legos and more. They also had a main stage with presentations every couple of hours.  In the background, you could hear a Tesla coil playing music and the buzz of exciting and curious interactions between attendees and exhibitors.

The most memorable parts of a Maker Faire for me are the tables where the exhibitors are engaging and excited about whatever it is they’re showing. Their tables don’t have to have something techie or flashy so long as they’re sharing their technique or letting attendees do something hands-on.  Although, robots and food trucks are usually a win too. Don’t let the “Mini” in Maker Faire fool you.  The smaller events can still have 25+ tables and hundreds of attendees.  You can easily spend an hour or more going through, talking with the makers, and hopefully learning something new.

Do Space will again be hosting the free Omaha Mini Maker Faire.  It will be held on Saturday, April 14th from 9 am to 4 pm.  This year looks to have more makers than last year and I’ll make sure to bring some extra robots. Learn By Doing: Shamrocks from the Taz 5 3D Printer »