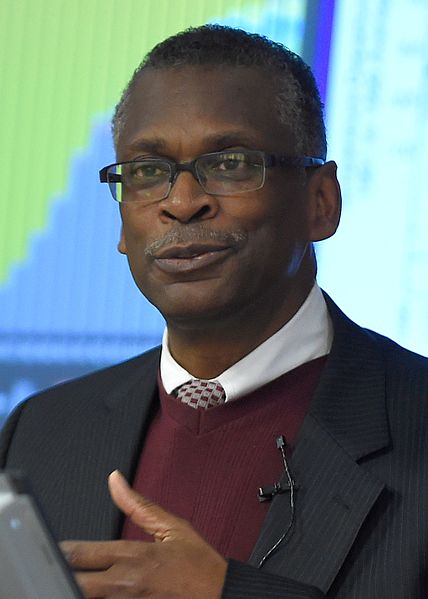 Summertime wouldn’t feel the same without Lonnie G. Johnson’s contributions to both engineering and fun.  Johnson holds over 80 patents and is best know for inventing the Super Soaker water gun, he also designed a foam dart gun that outperformed all others on the market.  Because of his ingenuity in the toy market, he made a deal with Hasboro Toys to develop the equally beloved Nerf dart guns.

Johnson got an early start in engineering and toy design thanks to his father.  Lonnie was born October 6, 1949, and was raised in Mobile, Alabama.  Because his father was a handyman, he and his dad crafted many of the toys he played with.  They built a berry shooter and a lawnmower engine go-kart.  As Johnson reached his teenage years, he continued to invent and was given the opportunity to represent his school in the Junior Engineering Technical Society science fair.  Johnson, being the only black student competing, won first prize with a compressed air powered robot he built himself.

After high school, Johnson received his bachelor’s in mechanical engineering and two years later, his master’s in nuclear engineering.  Johnson then joined the U.S. Air Force helping develop the Stealth Bomber.  Next, he went to NASA as a systems engineer for the Galileo and Cassini missions.  Johnson never lost his desire to invent and while trying to create a heat pump that used water as opposed to Freon, he stumbled upon an invention that would bring smiles to millions of faces.

It took Johnson nearly ten years to get the Super Soaker to market. All of his hard work paid off though, and his water gun has made millions of dollars in sales and has continuously been one of the world’s best selling toys.