What Do You Know About Internet Privacy and Safety? 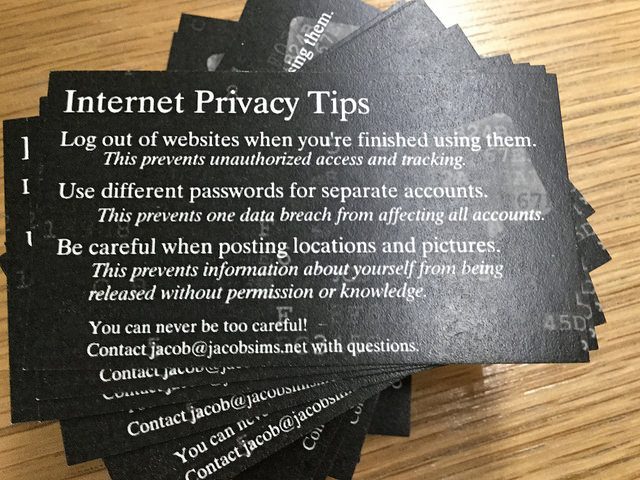 As part of a community-based project, out of Bellevue West High School, I decided to tackle an issue that is important to me. Working in an IT field, I found that Internet privacy is an issue that plagues the community. In an attempt to raise awareness for this, I decided to reach out to multiple organizations, including Do Space, to assist. I’m leaving small cards with basic Internet privacy tips that I would recommend for anyone to follow and have written this short blog to back up the information provided on the cards.

Privacy on the Internet is an issue that has afflicted the United States and the world since the creation of the Internet. While standards and regulations are being implemented to counteract attacks and breaches, these events still happen more often than you think. One of the most significant ways that the population can control their information is to follow basic privacy etiquette. I’ve developed a couple of methods that I would recommend anyone follows if they desire to protect themselves.

Use different passwords for separate accounts.
Using different passwords across all accounts is one of the best practices one can follow to minimize the effects of a breach. Many people believe themselves to be immune to a breach, but these can affect anyone. Often times, a small website that you created an account on a couple years ago can come back and haunt you when they’re breached. If you used the same password you actively use today, this breach can open every other account you’ve created to unauthorized access – something I have personally experienced. I recommend using a password manager, such as LastPass, to enforce strong and unique passwords.

Be careful when posting locations and pictures.
When you post a location or a picture, you’re opening yourself up to more than just a status on Facebook. Often times, even without posting location, pictures are geotagged. This means that the picture has data attached to it which includes the location it was taken. A selfie taken at your house can turn into a source of location, and ultimately can be used to track and find an individual. It sounds scary – and it is. There have been many cases in which this exact situation has occurred.

As a final statement – you can never be too careful on the Internet. We live in a world of growing data collection and proportionate data breaches. While many of these aren’t completely preventable, there are many things that you can take to minimize these effects. 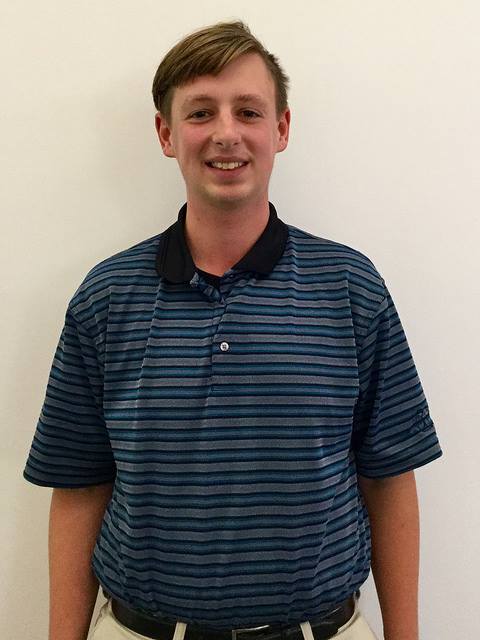 Jacob is a student at Bellevue West High School with a passion for Internet privacy. Through his school, he is trying to raise awareness about the issue by sharing Internet privacy tips with organizations throughout the community like Do Space.