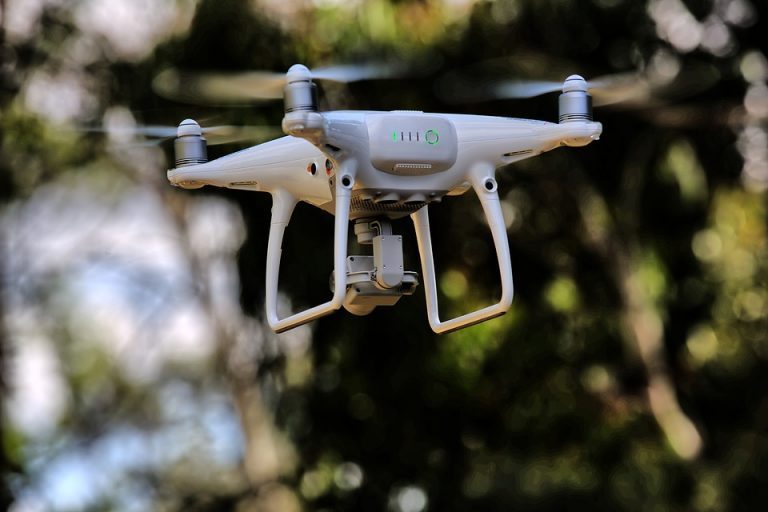 Have you ever considered or dreamed of a career operating drones? Ean Mikale, J.D. of Infinite 8 Institute joins us today as a guest blogger. Join Ean at Do Space on Saturday, October 15th at 1pm for his program on Drones and Job Creation. Register at www.dospace.org/events!

In the current economic climate, where large companies are declaring bankruptcy, and retail giants are closing 2500 stores across America, technology has disrupted its fair share of industries. Yet, the commercial drone industry has shown great potential to provide economic growth and high-wages in high skilled-jobs that even your 16 year old is eligible for. The technology will allow many who otherwise would be excluded from the workforce for lack of physical ability, to now use drones to do work, and enter the workforce with a sustainable livelihood once again. Finally, drones offer an immediate and reasonably priced alternative to traditional public and private post-secondary educational opportunities. The future workforce of tomorrow will become intimate with autonomous aerials systems used for private industry, otherwise known as commercial drones.

For those thinking of changing careers, or have yet to decide on a career, the drone industry may be a smart option. On August 31, 2016 FAA Drone regulations CFR 14 Part 107 was released, allowing for individuals and companies to fly drones for-profit upon the passing of a knowledge exam. With PriceWaterHouseCoopers estimating the drone industry to reach $127 Billion by 2020, thousands of drone pilots are lining up around the country to become commercially certified. Use cases for drones span across industries, such as Infrastructure, Agriculture, Transportation, Security, Media and Entertainment, and Insurance to name a few. More specific uses include aerial photography, and video for weddings, film and commercials, marketing, and event coverage. As drone applications explode from wider public interaction with the technology and the inevitable innovation that will result, use cases and opportunities are projected to grow exponentially. Did I also mention the average wage for drone pilots is $150 per hour?

Commercial drones offer promising prospects of independence for the elderly and disabled. The technology allows for the operator to comfortably sit while operating the device, which does the work on behalf of the operator. This allows for the increased longevity of individual working years, also increasing the quality of those years through positions lacking physical intensity and labor. Disenfranchised populations, also become empowered to become ever more capable in an emerging field with great pay and endless potential.

Furthermore, such training as commercial drone certification courses are becoming increasingly more attractive than traditional 2-year and four-year public or private colleges. Rather, shorter duration boot camps or certificated courses, will present a convenient alternative, at a lower cost, without the maze of enrollment requirements, or the massive student debt currently saddling many American college graduates. The high wages in the drone industry, offer a relatively quick return on investment with the average commercial drone pilot in the oil, gas, and mining sectors taking home $200,000 annually. As the field advances, and the capabilities advance, thus allowing for heightened creativity with the technology, there will be more investment and jobs in drones, than at any time in American history.

The future of work will inevitably coexist with commercial drones as they are already poised to integrate automated services into human society. This new drone pilot occupation will benefit current job-seekers as a stable and desirable career change in a field with projected high growth. Drone technology will also provide opportunities for non-working Americans to enter the workforce once again, empowered with the ability to work autonomously. Finally, drones provide a desirable alternative to post-secondary educational options, while also allowing for shorter courses and thus a quicker return on investment than private and public post-secondary educational institutions. The future of workforce innovation as well as the empowerment of conducting business through autonomous flight is here today.

ABOUT EAN MIKALE, J.D.
Ean Mikale, J.D., is the creator of the National Apprenticeships for Commercial Drone Pilots and Commercial Drone Software Developers. He is also the Founder of The Drone School, a serial Dronetrepreneur, current participant of the NVIDIA Inception Program for AI Startups, IBM Global Entrepreneur, member of the National Small Business Association Leadership and Technology Councils. Follow him on Linkedin, Instagram, and Facebook: @eanmikale