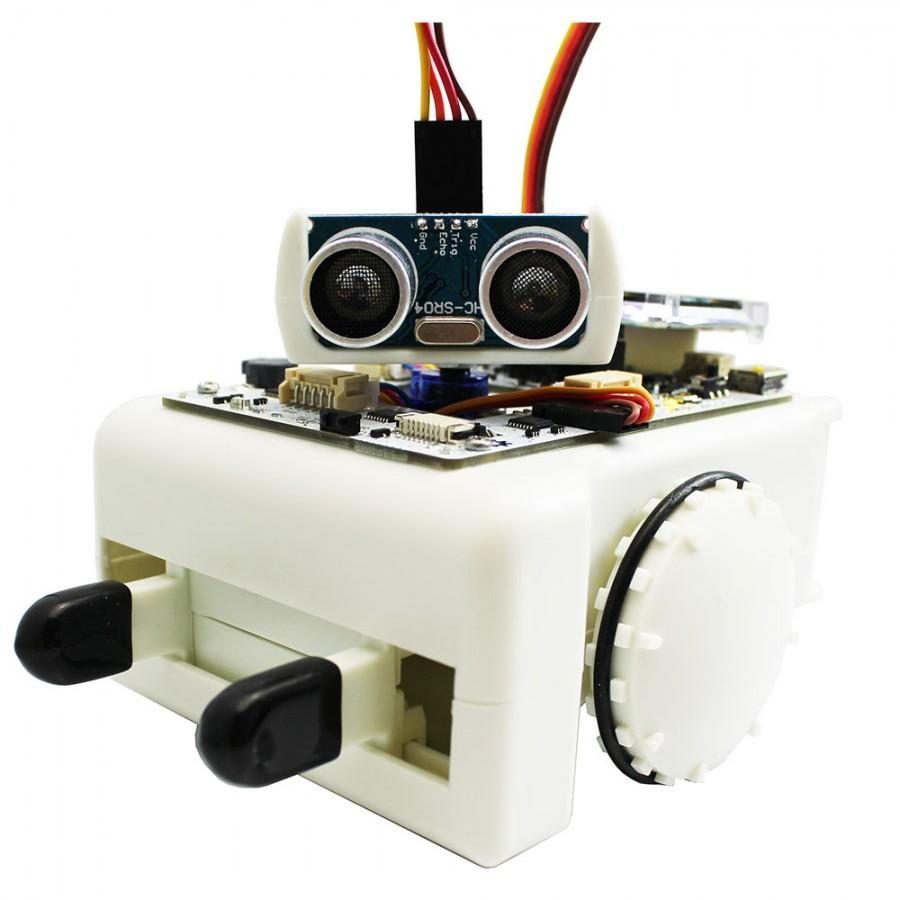 One of our newest tech kits is Sparki, an Arduino based STEM robot to get you started in programming and basic robotics.  It’s intended users range from middle school through college. It has over forty programmable parts including an LCD display, gripper, servo motors, and ultrasonic rangefinder.  There are also a variety of sensors including an accelerometer, light sensor, infrared reflectance sensor, and magnetometer.  To program the Sparki you can use the graphical and easier to use block-based programming or dive right into Arduino C/C++.

The best place to start is on the Sparki website which has over 100 lessons available from easy to hard and covering each of the sensors and motors.  The lessons go over nearly each line of code so it’s also a great way to learn Arduino programming in general.  Some of the included examples from within the Arduino IDE are: wall avoidance, light following, edge avoidance, object retrieval, maze solving and room navigation.

The Sparki Robot kit is great for those who want to learn Arduino code and basic robotics.

To use the Sparki Robot just bring the tub labeled “Sparki” to the Help Desk and we’ll get you started.

« 5 Reasons To Sign Up For A Do Space Membership