Experimenting with the Arduino Tech Kit at Do Space 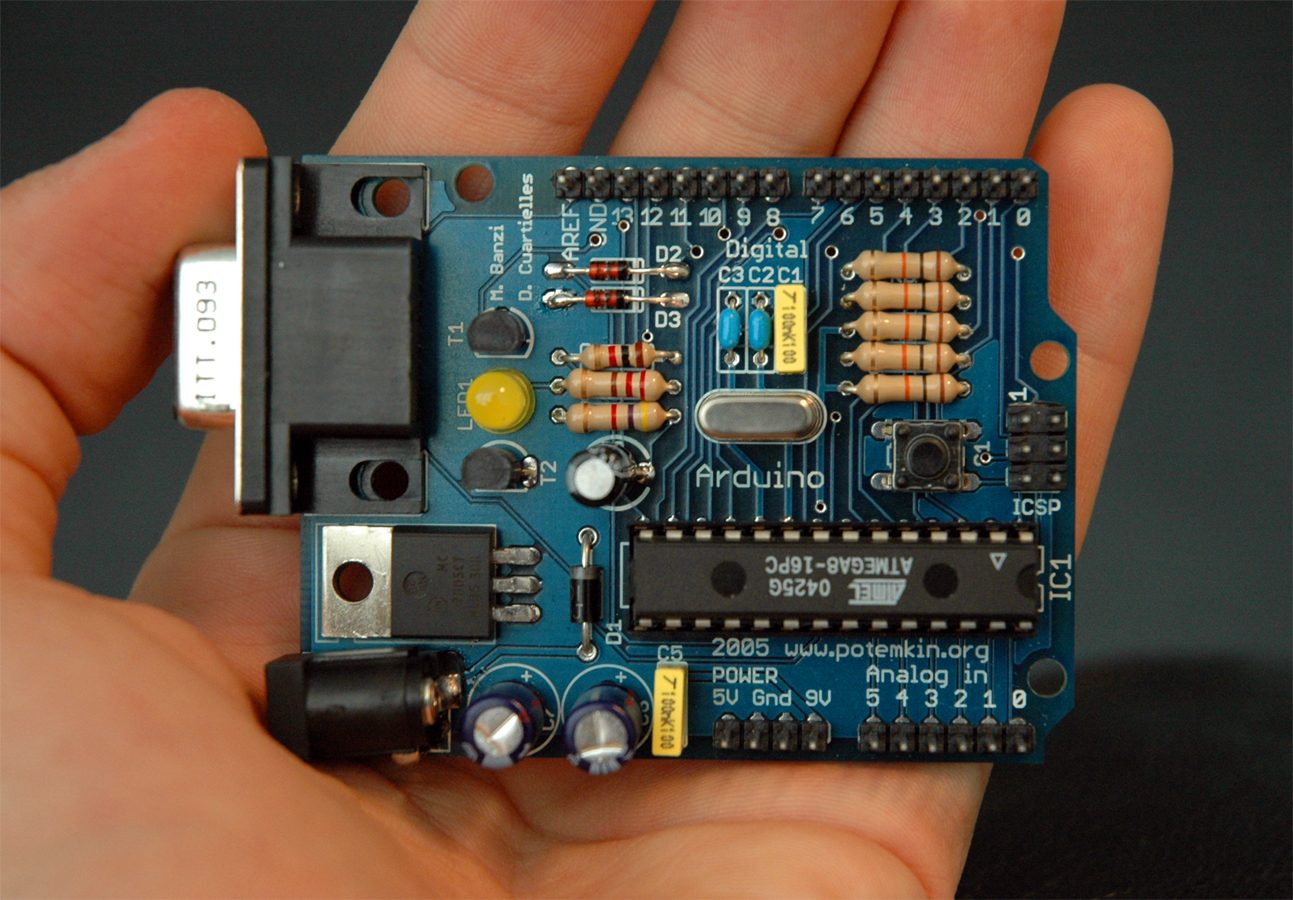 As a technologist at Do Space I often observe the keen interest people have in robots. I often get asked the question: Can I play with a robot? And while I often can say yes and hand over one of our ready-to-go robots such as the Dash and Dot or the Double Robots I’d also like people to know that we at Do Space offer an opportunity to tinker with the building blocks of robotics. Introducing: the Arduino – a microcontroller and development board.

To relate it back to robotics, microcontrollers are basically the brains of many modern robots and various other electronics. Should I pry open one of our poor Dash and Dots or our Double Robots I am highly likely to find some sort of circuit board with a microcontroller on it acting as the brain of our robot. This circuit board – with its microprocessor running lines of code over and over – is also very likely to have input and output pins used for sensors and actuators. These sensors ‘sense’ conditions in the physical world and actuators take the results and interact with it. These actions are performed in accordance with the logic written into the code being run over and over by the microprocessor, or in other words the CPU.

Back to our Arduino, it was created by the bright minds at Interaction Design Institute Ivrea in Italy and is essentially a building block for electronics, digital objects and interactive devices. It is a development board specifically designed with as many instruments as possible to be the brain of thousands of complex instruments made by students, hobbyists, artists, programmers etc.  A key appeal is its affordability and the fact that all Arduino boards are open-source – meaning the public is free to modify and redistribute it. This empowers people to take a cheap Arduino board, modify or adapt it for their own product or creation and then market it. A great example is our very own CowTech 3D Scanner which uses an Arduino board to control a motor and platform that rotates the model being laser scanned.

Put another way, the Arduino is basically the layman’s answer to the often difficult field of electronics, programming and electrical engineering. It is an all-round purpose-designed development board for a community of makers out there without a background in electronics and programming. Furthermore, with the Arduino comes the open-source and free Arduino Software (IDE) that allows you to send instructions to the microcontroller using the Arduino Programming Language.

Starter kits are often a great way to get involved with the Arduino. We have our own Arduino starter kit available for patrons to check out. In addition to having the necessary hardware we have the Arduino IDE software used for programming the Arduino to do things. If learning the code isn’t really your thing then the software contains a number of pre-written code examples that will get you started straight away. As usual, if you have any questions about this particular tech kit then please feel free to come to the tech desk and ask away.

Getting Started with Bluetooth »