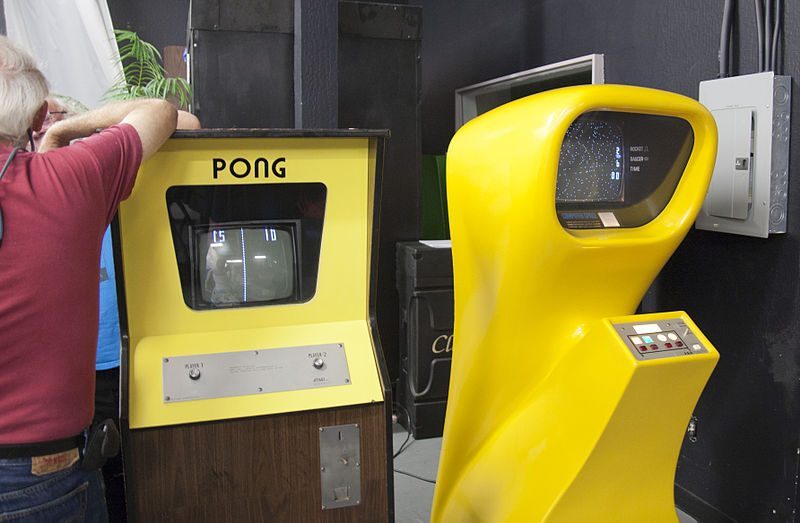 When many of us think back to the first video game we ever played it brings pleasant memories of Pong, Super Mario, or for some younger gamers, Minecraft.  Ask anyone around you and more than likely they will have a story about the wonder of picking up a game for the first time.  Though most everyone has heard of Pac-Man and Street Fighter, not many know the history of the first commercial arcade game, Computer Space.

Computer Space is similar to early Atari games…and there’s a reason for that.  The creators of Computer Space, Ted Dabney, and Nolan Bushnell, went on to found Atari and create the smash hit Pong. Computer Space lets the player control a rocket ship that fires at enemy spaceships on the screen. Doing a quick google search will bring up several simulators for anyone that would like to try their hand at this classic arcade first.  What makes the game special, however, is that it is not a computer operated game.

The cost of computers was so high in the mid-1960’s that it was impractical to use them for a mass market approach.  With a bit of ingenuity, self-taught engineer Dabney figured out a way to move a dot around on a television set with switches.   Dabney handed his invention over to Bushnell who used diodes to create the spaceship for the game.  Shortly after, the pair found an arcade company to sell their game.  They wrapped it in a futuristic fiberglass shell (the game even made an appearance in the sci-fi classic Soylent Green) and shipped it out to arcades around the nation.  It wasn’t a mind-blowing success, but they did manage to sell around 1,000 units.

The game had some interesting quirks including, a score that wouldn’t go above 15 and a score counter that couldn’t display double digits.  After reaching a score of 15 the counter would reset to zero, probably because the creators didn’t expect anyone to reach such a high score.  An unusual game to say the least, it held its own amongst the other arcade games of the era including, pinball and shooting gallery games.  If you would like to read a more in-depth history of the game CLICK HERE and HERE.